Digital activism has transformed the way events, protests and movements are organised, helping to mobilise supporters and raise awareness of a diverse range of causes. But critics argue that people can feel like they’re making a difference, when in reality they’ve done very little.

What is Digital Activism?

Digital Activism is when digital tools such as the internet, social media, email and mobile phones are used for mobilisation, political action and to incite change. It has existed in some form or another since the 1990s and has continued to grow with the advent of Web 2.0 and the social media boom. Today it is likely one of the first methods of activism that comes to mind because of how quick and easy it is to reach people on a global scale.

There is a huge amount of different tools used in digital activism that are constantly changing as technology evolves.

Online Petitions: Websites such as Change.org and 38degrees.org.uk allow anyone to create an easily shareable petition, obtaining signatures to gain traction for their organisation or movement.

Social Media: Social media websites such as Facebook, Twitter and YouTube that have millions of users all over the world have proven useful in spreading messages, raising awareness and gaining support for issues and movements that may have been previously overlooked by mainstream media. The hashtag function on social media sites allows anyone to contribute to a multi-user conversation and is used frequently as a digital tool for spreading a message. The protests that took place across the Middle East in 2011, now known as the Arab Spring, were in part organised via social media.

Mobile phones: Mobile phones have proven to be an incredibly useful tool for digital activism. It is now possible to instantly donate an amount of money to an organisation simply by texting. Smartphones provide instant access to the internet and social media. This combined with the fact almost all mobile phones now have a built in camera, has resulted in significant changes to how people respond to global events. People now have the ability to instantly document and share evidence online, such as documenting police brutality.

Blogs: Blogs are essentially uncensored journalism. Anyone can start a blog and write blog posts about any topic they choose. They provide an unfiltered method of long-form communication and have been used in many digital activism campaigns.

Crowdfunding Platforms: Crowdfunding platforms like Kickstarter and Indiegogo allow anyone to create a digital fundraiser for their project or campaign.

Perhaps the most obvious advantage of digital or online activism today is that it is accessible during a global pandemic. Countries all over the world have had to implement restrictions and lockdown measures to prevent the spread of COVID-19. Traditional methods of activism involve social contact in the forms of mass gatherings, door-knocking, and protests. Being able to collect signatures with an online petition shared via social media or email allows people to abide by the social distancing measures and restrictions put in place by governments.

Getting the message out

One of the biggest advantages of digital activism is the ability to connect with a large community and potentially globalise campaigns. Digital tools offer instant connectivity to a potentially huge audience to spread messages and campaigns and social media platforms like Facebook and Twitter allow disparate groups to mobilise faster than ever before. Beyond this, it also enables anyone with access to the internet to have a platform for their voice.

While digital activism lends itself to being readily accessible to huge numbers of people on a global scale, there are of course a number of factors that affect who can get involved and how, particularly in parts of the world where internet access is limited, digital literacy skills are low or where online activity is strictly monitored.

The online world is characterised by speed so updates need to be relevant and timely. The term half-life in regards to digital content refers to the time it takes for a post to make half its overall impressions, and it differs depending on the platform. Our modern culture of 24 hour news, updates at our fingertips and the speed at which we hear of, learn about and move on from topics, news stories and issues often means that an issue or campaign can be trending across the web one day and vanish the next. But advocacy takes time, the building of strong relationships, and lasting impact. 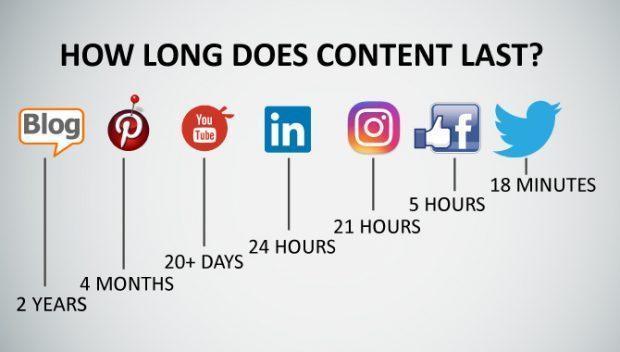 Critics argue that online activism – sometimes referred to as “clicktivism” or “slacktivism” – is lazy and ineffective compared to traditional methods of activism. It is suggested that sharing a hashtag or an image on social media can make the user feel like they’ve contributed to a cause, when in reality they have had little impact.

“Virtue Signalling” is a term often used to describe people or organisations and companies that jump on the bandwagon of a trending cause or movement to score virtual brownie points and then do not follow it up with an action. There is also an issue with opportunism in that even if intentions are good, individuals or organisations hijack a trending hashtag and flood the online space with their own messaging. This can be potentially damaging as the clarity and point of the original message can get lost in a sea of posts.

Another issue with online activism is that one cannot necessarily see the bigger picture because of their echo chamber. People typically connect with likeminded people online, and therefore tend to only see content that they generally agree with, rather than any alternative views. This can mask the reality of the situation as well as reinforce or amplify someone’s beliefs.

Clearly, the main criticism of digital activism is that people can get the same feeling of doing a good deed and score brownie points while actually doing very little. It takes little effort to share a post on social media in solidarity with an organisation or movement.

Sharing the message and raising awareness is a critical part of activism but it needs to translate into action to drive real change. Digital activism needs to be used in conjunction with traditional forms of activism to be successful. A great example of this in action is the climate strikes that took place in September 2019. Rallying behind Greta Thunberg and Fridays for Future, millions of people all over the world were able to use online platforms to mobilise and organise strikes and protests to address the climate crisis, demanding a commitment to action on climate change from the world’s governments.

Online activism needs to be employed before, during and after on-the-ground action for full impact and to ensure that the movement is not buried under new updates and stories.

Please note: HAD do not endorse any particular view of any specific group/cause.

Coronavirus, the Humanitarian Sector and the Media